Thanks to NYC’s 501 Tech Club for inviting knowledgeable nonprofit video makers from Broadway Cares/Equity Fights AIDS and International Rescue Committee (IRC) to share tips, tools, and case studies with us video expert wannabees. Here’s more of what I learned from them:

What’s Happening with Video at
International Rescue Committee (IRC) & Broadway Cares/Equity Fights AIDS
Cathe Neukum is Executive Producer for IRC, where she’s responsible for all video content. In her two-and-a-half year tenure, she’s increased the organization’s visibility on Facebook and YouTube by over 800%.

Cathe’s latest video (at top) features actor and activist Mandy Patinkin standing with IRC aid workers in Greece to welcome families fleeing Syria and other war-torn countries for a better life. This video has been viewed 5 million times on Facebook.

Lane Beauchamp is Manager of Marketing and Media for Broadway Cares. Since he joined the team in 2010, the organization has shifted its marketing focus to digital engagement, particularly through video. Broadway Cares was one of the first nonprofits to film in the studios of YouTube Space NY, to broadcast live on Periscope, to use video on Instagram, and to leverage video on Facebook.

In-House Creative Guidance a Must
Lane and Cathe agree that in-house creative guidance is a must for producing a video that gets viewed and shared. They stress that it’s tough—if not impossible—for an outside creative to shape video that addresses your organization’s goals and is relevant to your target audiences. There’s just too much complexity and nuance involved.

“The right creative mind is more important than the equipment you use,” says Cathe.

Keep Your In-House Team Small and Focused
You know how challenging it is to work with colleagues on concept, review, and approval of narrative communications content. Well, that increases tenfold with videos. Folks typically don’t know what they like or don’t like, until they see it.

Thanks so much, Cathe and Lane. There’s nothing more valuable than learning from those who are doing it right. 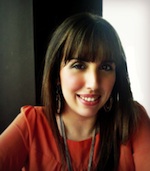 Get More from Conference Participation 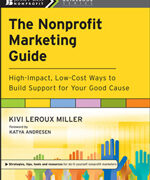 Where to Begin with Nonprofit Marketing 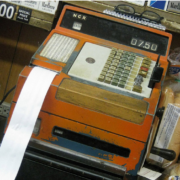 How to Earn Income (and Autonomy) for Your Nonprofit