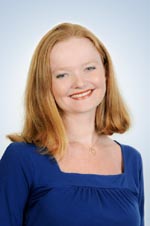 Welcome back to guest blogger, Susie Bowie, Communications Manager at the Community Foundation of Sarasota County…

There’s an unexpected stranger standing at the intersection between nonprofit organizations and creative agencies offering “free” website, advertising or marketing services.  He has many names, but is most commonly known as “Why did we say yes?,” “We should have thought about this more” and “Man, this is a disaster.”

The danger can come from both sides. Small to mid-sized nonprofit organizations are notoriously (but often unfairly) characterized as unsophisticated when it comes to marketing prowess. Boards and grantmakers alike often don’t want to fund basic marketing. Nonprofit staff can underestimate the investment of their time required—even in a pro bono project. On the agency side, creatives may get into the business of over-promising and under delivering to the simplistic nonprofit client who shouldn’t have been such a big deal.

I recently spoke with Patricia Courtois, Principal of Clarke Advertising and Public Relations (based in Sarasota, Florida), about how to make it all work from both sides of the fence. A long-time award-winning veteran of the advertising and public relations field with clients from Tropicana to Sara Lee and ClosetMaid, her team’s campaigns have won national recognition. Her recent engagement with All Faiths Food Bank here in Sarasota included a television spot that won a National ADDY. It was a great experience for both, by the way. And if anyone knows the ground rules for a healthy and productive engagement, Patricia does.

Here are some checkpoints, based on her extensive experience in the field:

The name of the game here is clearly defined boundaries, expectations and intentions. Keeping in mind that not every creative agency is a match for your nonprofit (and visa versa), you can use these guidelines to find the right partner and to firm up relationships with existing ones. 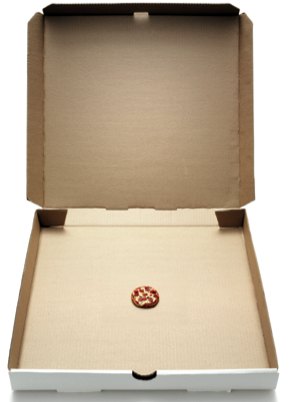 Thanks to New York Times  writer Jane Levere, I was pointed to this print ad campaign from Action Against Hunger (AAH). The first ad features a line-up of paper dolls, with one figure much thinner than the others — but no clear call to action. The second ad features this pizza box with mini pizza inside (much less than you and I are used to eating), highlighting that the 3.5 million children under 5 worldwide who die from hunger on annual basis don’t have enough to eat. Readers are asked to visit AAH’s website (for what?) or text in a small donation.

Jane covered the campaign in her advertising column in yesterday’s Times, and called to get my take on the ads — generously designed pro bono by G2 USA — that will run in December issues of high-end consumer magazines including Esquire, Saveur and Harper’s Bazaar. Ultimat Vodka is the cause partner, and purchaser of the ad space (pricy, believe me). Stylistically they’re much like the typical consumer ads in magazines like these — spare, graphically-compelling, more about aesthetics than anything else.

If you read through to the very end of Jane’s column, you’ll see that she quoted my questioning the choice of corporate partner. She also featured my characterization of the ads as abstract in her headline, but what she didn’t include is the balance of my recommendations for productive calls to action, that are far more important.

Note: It’s common that a journalist focuses on points you made but weren’t what you emphasized or thought were most important. You’re contacted as a subject expert to help the journalist do her job, not to tell the story you want to tell.

Here are seven steps to take to motivate your network to take the actions you need:

1) Abstraction is deadly. Be concrete and specific.

2) Feature a single individual, rather than a group or — far worse — daunting stats that seem absolutely insurmountable.

3) Avoiding negative imagery (a.k.a. starving child) is spot on. But focus on a positive story  — with specifics — of someone who’s life is improved as a result of your organization’s work!

4) Write to a single person (Judy), not the many you hope to motivate to act. This transforms the interchange to a one-to-one; more conversation than lecture.

7) Start at the end and work backwards. What is the benchmark you’re trying to hit with the specific marketing project you’re working on now?

I want to emphasize that this ad space was an opportunity that AAH was right to accept — premium timing in premium media.

Also, it’s often challenging to direct pro bono contributions, especially on the creative side. Jane Levere cites the originality of the creative direction for focusing on abstract images, rather than those of starving children — that the ads are something that magazine readers are likely not to have seen before for a nonprofit. However, they’re similar to all the consumer ads that run in those media — so are likely to be overlooked. It could have been much different: I see many nonprofit campaigns that are original, sophisticated and effective — in imagery and content — without using the “starving child” approach.

Do these ads work to engage you, and would you be motivated to visit the AAH website or make a text donation? If not, what would you change to increase the effectiveness of these ads?