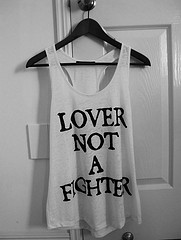 Marketing and fundraising are two halves of a whole. But when they don’t operate that way, the outcome of each team’s efforts is far less than it could be, diminishing an organization’s ability to engage its base (and so, to make its desired impact).

Unfortunately, that’s the deal in so many nonprofits. As fundraising leader Mal Warwick cautions, when marketing and fundraising teams stand firm in their respective corners, the disconnect becomes a huge obstacle to raising money and everything else!

So many of us—both nonprofit communicators and fundraisers—agree, yet don’t know how to close the gap. But there are proven ways to bring these teams together. Read on to learn about Fairleigh-Dickinson University’s (FDU) deliberate, well-articulated re-structuring approach and results, followed by my four-step process to bring marketing and fundraising into a productive partnership.

Let’s Be Lovers, Not Fighters:
4 Steps to Closing the Marketing-Fundraising Divide

If bridging the marketing-fundraising gap is the goal, the pathway to getting there has to be supported by your leadership. Your organization’s executive director, supported by the board, must be the one to guide (or, in some cases, push) these two teams into active collaboration and ensure they stay there.

“The heads of development and marketing have to accept that they are oxen pulling the same wagon, a wagon labeled ‘increasing community support’,” says Tom Ahern, a leading authority on donor communications.

If your executive director isn’t focused on bridging this destructive gap, here’s how Kivi Leroux Miller suggests you move her along that path:

2. Articulate shared priorities as the core of a common agenda, but don’t forget the WIIFM (what’s in it for me)

As long as your marketing and fundraising teams have distinct goals, they won’t be effective partners. How could they be, each pointed in its own direction?

But if tasked with a common agenda, the landscape changes. A marketing-fundraising partnership is the only way to get there. Here are two useful models:

At the HealthCare Chaplaincy Network, the marketing and fundraising teams each have specific responsibilities but work closely together to advance their shared priorities: 1) Building and strengthening relationships with key supporters (partners, donors and others); and 2) generating revenue via fundraising and beyond. “This ethos starts with the directors and permeates our staff,” says Jim Siegel, Executive Vice President for Marketing & Communications.

The advancement leadership at FDU made a radical change a few years ago, as it merged the development and communications teams. The teams had worked side-by-side in the same room for many years, but  with distinct goals and paths of activity, says Dina Schipper, Director of Public Relations. The merger shifted the entire team’s reporting to the Senior Vice President for University Advancement. But most importantly, “the shift introduced a tri-fold focus to the newly-merged team—supporting fundraising, recruitment and overall institutional branding, which, in time, significantly enriched its donor profiling strategy,” says Schipper.

The results are striking: Schipper describes a greater awareness among her colleagues of what outreach is underway and increased ability to coordinate themes and timing. “Nothing says more about the success of this merger than the fact that we’ll be closing out our large and successful capital campaign within the next year,” she says.

In addition, Schipper cites the unified team’s single focus as the source of its increased impact in asking, training and supporting the University’s board members, alumni and other supporters to double as effective ambassadors. Bravo!

Start by asking your marketing team to identify the top three successes from the fundraising team, and to integrate those approaches into its own work. And vice versa.

Don’t forget to identify what isn’t working, and do less of it. Kivi suggests that each team give the other a “free pass” to make any single change to each other’s work, without protest or arguments, for a week. If your marketing director can make only one change to a fundraiser’s email appeal, what will it be? And what single change will the development director make to the marketer’s blog post?

This practice forces each team to focus on what is truly most important to them, gives each some level of control and encourages them to better understand each other without arguing over the merits of the requested change.

Note: Organizational change experts Chip and Dan Heath, authors of  Switch, advocate this approach as the most reliable path to positive change.

4. Build on real, compelling success stories—well-honed and widely shared —as the foundation of your fundraising and marketing collaboration

Here’s a fact you might not know: When the same strong stories are used by both marketing and fundraising teams, your organization wins via increasing awareness, building engagement and boosting positive responses and actions (e.g., we want to be a part of a winning organization.) Showing via stories works; repetition does too.

Fundraiser Janet Levine recalls the pattern that emerged from her years working in advancement in higher education. “Working together enabled us to create a powerful approach—for example, we wrote press releases on key stories; those stories were re-purposed into newsletter articles; shared with our Board members to help them be more effective messengers for us, and served as the focus of our direct mail appeals,” says Levine.

The FDU advancement team scored a huge post-merger win when Bruce Springsteen participated in FDU’s  WAMFest (Words and Music Festival), co-presenting a seminar with poet Robert Pinsky. It’s no surprise that the Boss’ visit was a huge media relations opportunity for the university—the story was covered by the Associated Press and other media venues throughout the world.

But that was just the beginning! The team created “experience packets” with videos and transcripts of the Springsteen-Pinsky program and others, plus press clips as leave behinds in visits to grantmakers funding in arts and culture, an area they hadn’t reached out to previously. And, as you can imagine, alumni are thrilled to tell the tale of Bruce on the FDU campus!

What is your organization doing to move marketing and fundraising into a more productive partnership? Or, if you’re stuck with a huge divide, what’s keeping you there? Please share your experiences here.

4 Ways to Listen In to Boost Action
Scroll to top